If you have been following the New Hampshire SPCA on social media these last few months, chances are you are familiar with Foxy, as she had been taking over our feeds!

Foxy is a stunning 7-year-old German Shepherd with a passion for chasing tennis balls and lounging with her people. She was one of the last two Shepherds remaining from the protective custody case that left them in limbo for nearly two years.

I happily say was because Foxy has finally moved on to her forever home!

She has been home for two months at this point, and according to her new family, it’s like she has been there for years. She settled right in, found all the cozy spots to lounge, and enjoys her daily morning jogs with her dad.

Being at the NHSPCA for so long, many staff and volunteers were quite attached to Foxy… and honestly, it was hard not to be. We came to know her heart and were confident that she would love her family unconditionally when given the opportunity. So, it came as no surprise when they reached out to us and said she has nothing but warmth in her heart and love in her eyes for them, and that they were able to form a special bond quickly.

They even said that if she hadn’t been at the shelter for so long and had not become accustomed to being called Foxy, they might consider changing her name to Velcro!

I was able to spend a lot of time with Foxy during her stay with us. Having to put her back in her kennel every night after hanging out in my office during the day was hard to do — especially when she would stop at look back at me with her big, sad eyes. While she was appreciative of her time with us, I knew she wanted a home. She deserved it.

Day after day, week after week, we would wonder when it would be her turn. We wondered when we’d be able to drive her home — her final ride in the NHSPCA van! — as we had done with all the other Shepherds.

Well, we no longer wonder, and Foxy no longer gets put back in a kennel at night. She is now free to lay and snooze where she pleases.

And knowing that makes me smile every time. 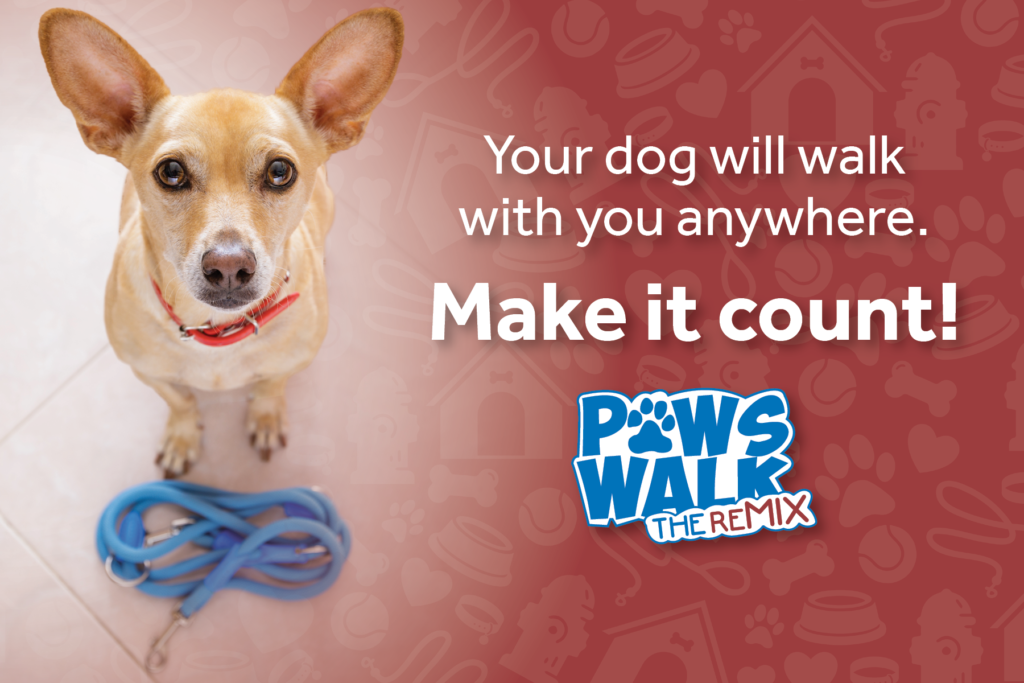 Save lives with every step! Whether you’re near or far, join us on Sunday, June 6 for a day of celebration – both in-person and virtual – at Paws Walk: the Remix. Walk with your family, friends, and four-legged pals to help give homeless animals a second chance.