The Dogs That Changed Our World
This Special Shepherd newsletter edition comes straight from the heart, written by staff members to tell the story of the 36 dogs that changed our whole world.

The German Shepherds case will be remembered as one of the most emotionally and financially draining cruelty cases in our 148 year history. After nearly two years in protective custody, we are finally able to tell their complete story and share the profound impact they had on all of us.

As animal lovers, we want to believe that everyone treats animals kindly.  When we are faced with the reality that that’s not the case, we are shocked and saddened.   Animals are abused or neglected in many ways and it makes us angry to know that an animal has been made to suffer at the hands of a human.  We see abuse and neglect disturbingly often. Last year alone, our cruelty investigator received over 800 complaints of cruelty or neglect.

Our most infamous case this year has been the 36 German Shepherds rescued from severe neglect.   It began on Dec. 13, 2017, nearly a year ago, when the first 9 Shepherds were rescued after a negligent fire in Bristol, NH  killed 29 other dogs.  The remaining 9 were trapped in the burned out basement.   Just 20 days later, another 22 Shepherds were rescued from the same owner who was holding the dogs in the loft of a barn.  It was -11 degrees inside the barn when we took the dogs from their wire crates, shaking and hungry. The only water or food to be found was frozen solid.  Then in February, one of the dogs added 5 newborn puppies to the collection, bringing the total to 36 German Shepherds in our care.

The owner of the dogs has since been charged and convicted of animal cruelty, but continues to appeal, leaving the animals in our protective custody.  The appeals and postponements have left us holding the 36 Shepherds in limbo for nearly a year. 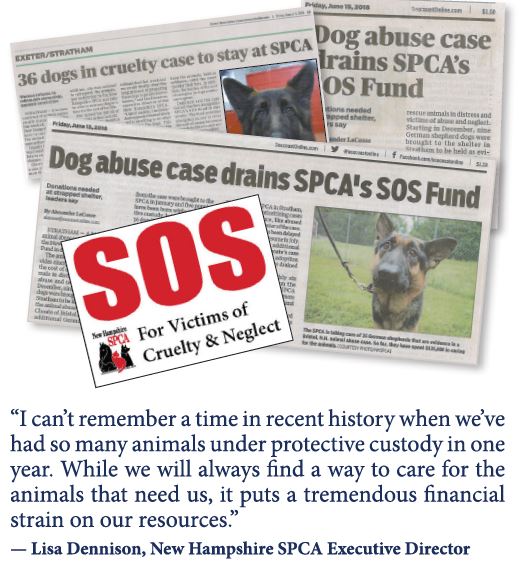 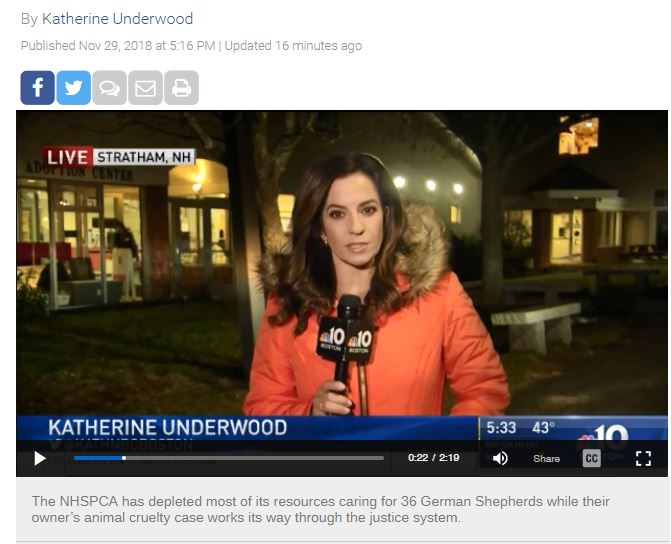 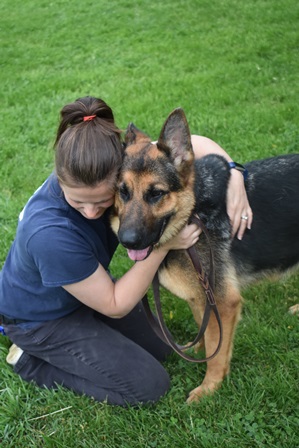 Stratham, NH – On Thursday, July 19, 2018, the case involving the 36 German Shepherds held since December finally went to court.    The defendant was found guilty of multiple charges of cruelty to animals.  However, the dogs remain in protective custody limbo for what likely will be several more months.

For 8 months, the NHSPCA has been caring for 36 German Shepherd dogs, three rabbits and a chicken that are being held as live evidence in the case against Jennifer Choate.  The animals are in protective custody, which means that we are unable to find them loving homes. “We had hoped that the animals would be relinquished last week and we could finally start the long process of preparing these dogs to go into forever homes,” said Lisa Dennison, Executive Director of the New Hampshire SPCA.  “Unfortunately, the defendant appealed immediately and is unwilling to do what is best for the dogs.”

Ms. Choate was found guilty on 22 charges of animal cruelty.  She was ordered to receive 1 year in jail with 6 months suspended.  In addition, she would have to relinquish the animals, pay restitution to the NHSPCA and only be able to own one dog at a time for the rest of her life.  Her appeal has put all of these court orders on hold.

“This outcome is tragic for the German Shepherds.  We’ve already been holding them for far too long and now to have to wait even longer feels tremendously unjust,” said Ms. Dennison.  “These animals are being fed, cared for, cleaned-up after, and kept healthy.  We have adult dogs and puppies that have never known a home.  The workload on our staff and volunteers is taking its toll.  Just today, we learned that the appeal is not likely to be heard until the very end of October…3 more months.  The most difficult part is the not knowing when we will be able to find them a home.  We are doing our very best, but a shelter or a kennel is not a home.”

The New Hampshire SPCA is required by law to keep the animals, held as evidence, until the court decides their fate.    In addition, the burden of the cost of caring for 36 dogs continues to grow.  While Ms. Choate has been ordered to pay restitution, the Appeals Court has the power to reverse this decision. And even when restitution is ordered, historically the collection rate is minimal.

“Our community has been truly supportive during this time, and we are so grateful” said Ms. Dennison.  “But now that we are facing additional months of care, we are more stretched and frustrated than ever.”

If you would like to help with the cost of care and to help ensure recovery of the Shepherds and other victims of cruelty or neglect, please make a tax-deductible contribution to the SOS FUND by going to  www.nhspca.org.  A direct link to the SOS Fund here.

Or physical location is located at  104 Portsmouth Ave, Stratham, NH 03885 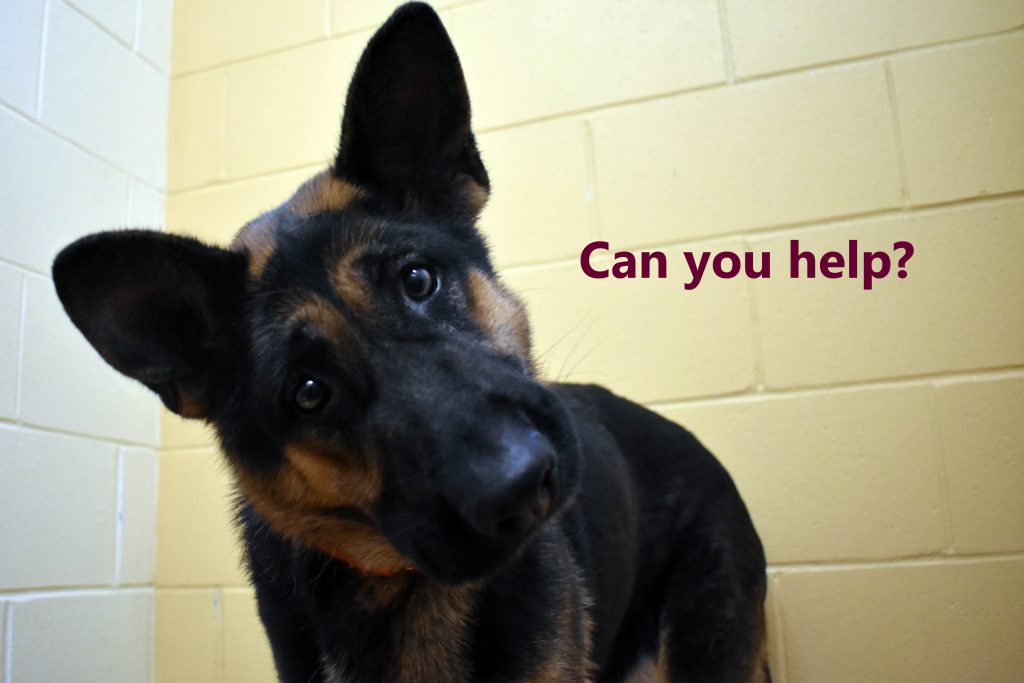