At NHSPCA we are dedicated to the use of positive reinforcement training to modify difficult behaviors and teach new and better behavior. Based on the science of learning theory and classical conditioning, the methods used at NHSPCA are proven effective in all species from dolphins to great apes and rats to humans. We reward behaviors we like to increase the likelihood of them occurring and manage or remove rewards for the behaviors we don’t like. The use of reward based training serves to grow the bond between you and your dog and improve communication across species. 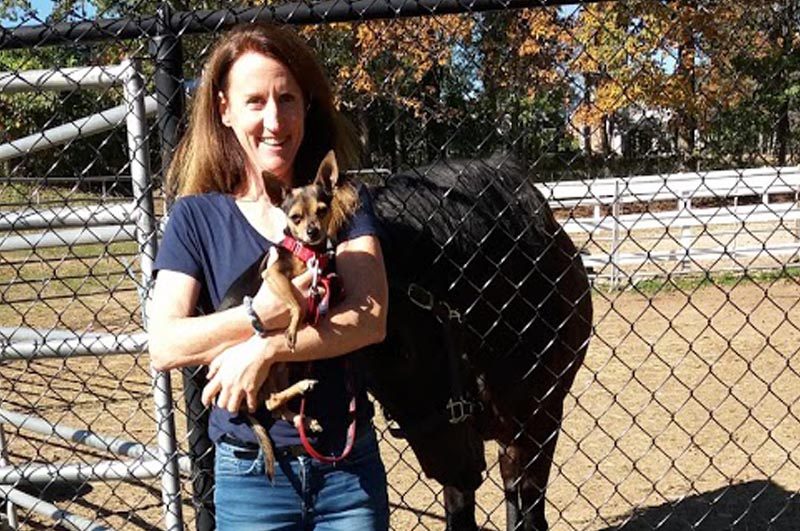 Linda is the Behavior & Training Manager for the NHSPCA.  She is responsible for creating training plans and overseeing the training of the shelter dogs so they can be successful in their new homes.  She is a Karen Pryor Academy Certified Training Partner and a Certified Pet Dog Trainer thru the Association of Pet Dog Trainers.  Her background includes 10+ years teaching classes, private sessions and volunteering and working at several various animal shelters.  She has also previously competed in Obedience trials with her first dog, Misty.  Linda is passionate about animal welfare and enjoys helping students and their dogs blossom and achieve their goals.  She is a licensed chiropractor and is certified thru the Association of Veterinary Chiropractic for animal chiropractic.  She lives in West Newbury with her rescue dog Cally and her NHSPCA adopted cat, Mirabelle. 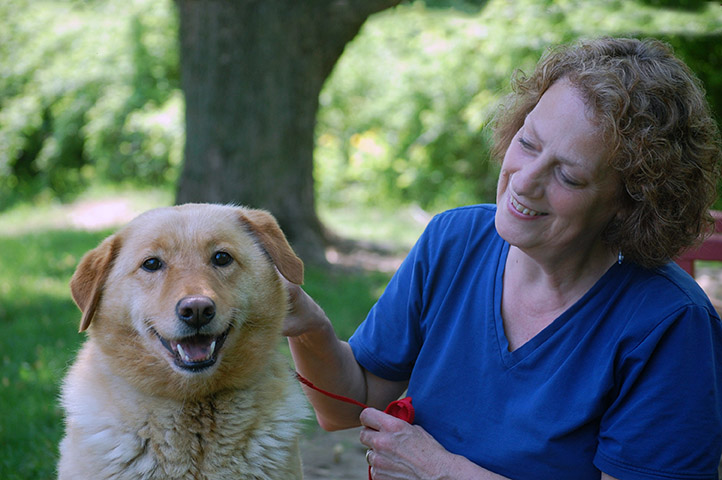 Nadine Perry is an honors graduate of UNH with a Fine Arts degree. She has worked as a psychiatric counselor for over 18 years and has been training dogs for over 15 years. She is a certified Agility instructor from the White Mountain School of Agility. Nadine uses her psychiatric background and experience to help teach a gentle, positive approach to dog training believing that what is reinforced will become stronger.

Nadine has worked her dogs in the highest levels of USDAA and NADAC earning a Master dog agility in USDAA in Standard, Snooker and Jumpers and an Elite title in NADAC with her dog Coco. She has also earned titles with her Belgian Sheepdog, Rubens, in AKC and NADAC. 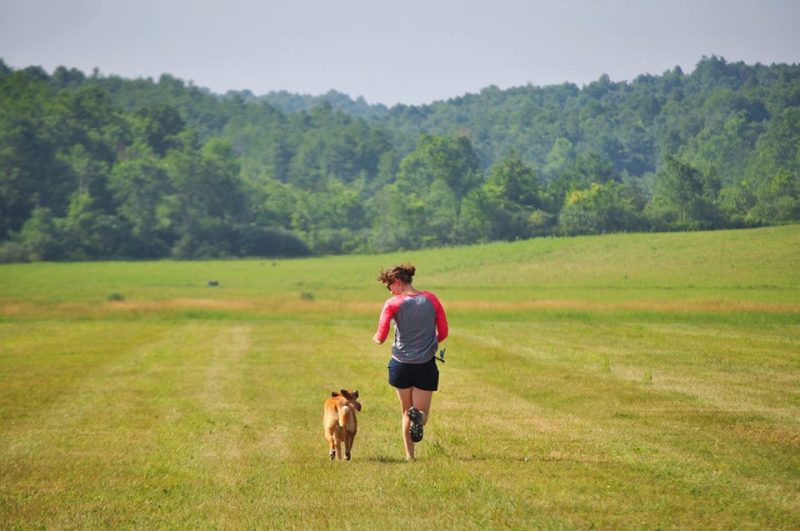 Louise is a graduate of the University of New Hampshire with an Associate’s Degree in Applied Animal Science. Her love for animal behavior grew with she fell in love with her first dog, Manzo. Due to his behavioral challenges, Louise learned all she could about dog behavior and training to set him on a path of success to a happy and secure life. She started her training career at the New Hampshire SPCA and then went on to start the Behavior Rehabilitation Program at the Lakes Region Humane Society. She shares her home with two dogs, Manzo and Piper. 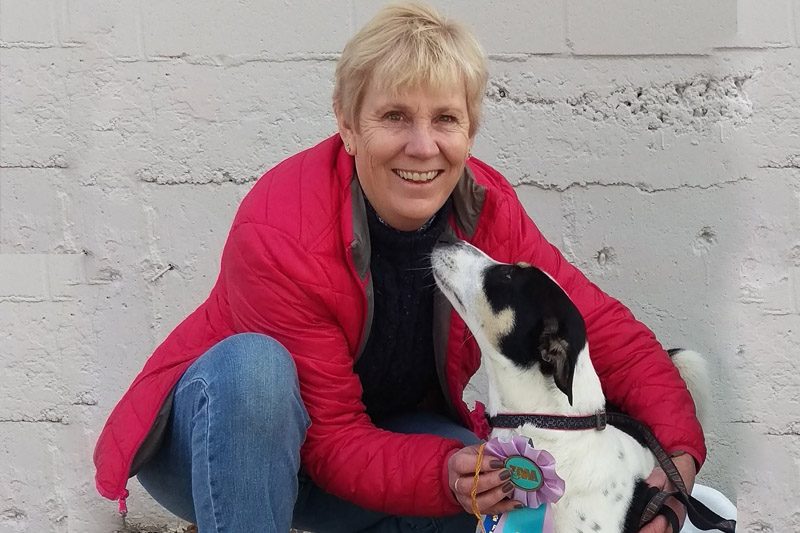 Liz Smith  is a graduate from the University of New Hampshire with a B.S. in Animal Science. After the hectic life of raising four children on their family dairy farm she found herself with an empty nest and her rescue dog Dexter who needed an outlet for his insecurities. Liz and Dexter were introduced to agility at the NHSPCA. Since then, Liz has adopted a St. Martin Island Rescue, Lola. Along with doing agility, Liz has been studying fearful and aggressive dog behavior through workshops, seminars and online classes. She is a member and officer of the New England Agility Team and enjoys competing in CPE, TDAA, and USDAA agility. Her dog Dexter has earned agility titles in CPE, USDAA and AKC. Lola has earned titles in TDAA and is currently working on a Level 1 title in CPE. 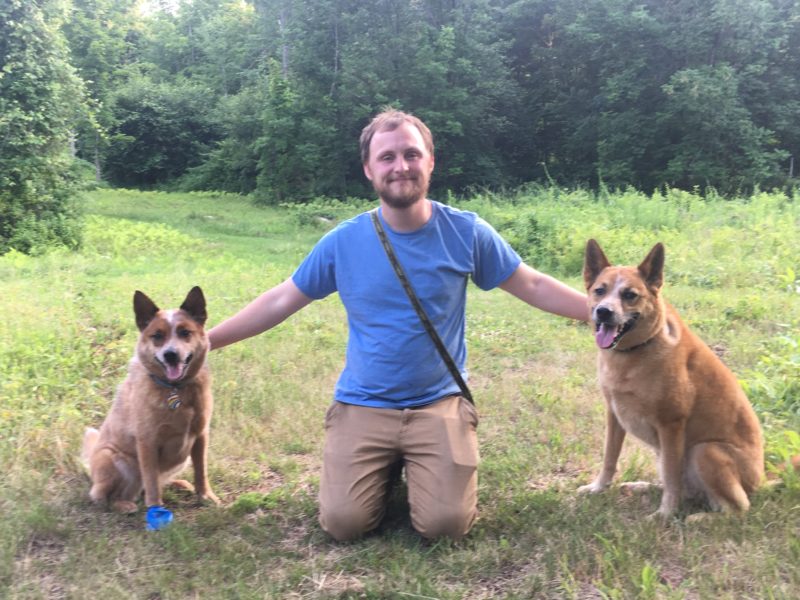 Jake has been working with dogs for his entire professional career with 5 years of training experience. He started working in dog daycares and was quickly fascinated by dog communication and learning. From there he started his own dog walking business until he joined forces with Red Pointy Dog Training in 2018. Jake is a professional member of the Association of Professional Dog Trainers and a Certified Canine Good Citizen Evaluator. Jake will be taking the exam to become a Certified Professional Dog Trainer later this year and is currently studying to become a Certified Dog Parkour Instructor!

Danielle discovered her passion for both shelter animal welfare and animal training when she began volunteering with the East Bay SPCA in Oakland, CA in 2014. Over the next several years, she continued to collect volunteer roles until she realized she could not get enough of working with animals and decided to pursue a path to working full-time in animal welfare. Since 2014, she has earned a Certificate in Training and Behavior Consultation from the Dog Training Internship Academy, a Master of Science in Applied Animal Behavior and Animal Welfare from the University of Edinburgh, and her CPDT-KA. She previously served as the Behavior & Training Manager at the East Bay SPCA in Oakland, CA. Alongside training companion animals and teaching people, Danielle is committed to continuing education to better serve both human and animal members of the community. She lives in Portsmouth, NH with her partner, John, and her cat, Wolfie.